I'm too exhausted to deliver a full report on Edgar Allan Poe's funeral. But here's a photo Ellen Datlow took of me chatting with John Astin in the green room after the event. I was afraid that when I met him I'd start spouting too much fanboy squee, such as how I'd loved him even before The Addams Family (which I actually had, since I saw him as early as I'm Dickens, He's Fenster). And, yes, unfortunately, I did end up sharing that bit of info with him.

But I was also able to break the ice thanks to my late cousin Herb—who was my father's father's brother's son. Herb was a character actor who played Murray the Cop in the film version of Barefoot in the Park, Bea Arthur's husband in Golden Girls, and appeared in so many movies you've certainly seen him at least once.

I asked John if their paths had crossed in Hollywood, and it turned out that though they'd never starred in anything together, they did move in the same circles, so the connection put him at ease. Plus it was nice hearing that he liked my cousin's work and thought him a nice guy. Astin seemed like a nice guy, too. 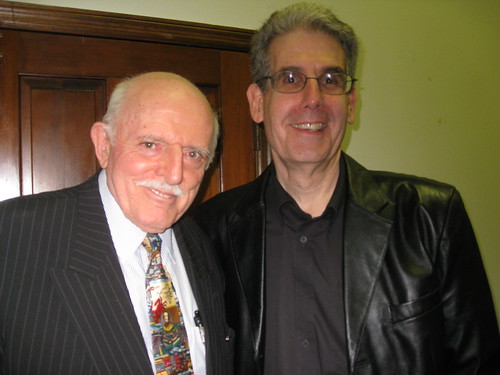