A week ago, Irene called me outside to see a box turtle. Yesterday, I returned the favor, and with an entirely different turtle.

I had been out in the wayback, enjoying the growth of this year's bamboo shoots and trying to unkink my mind from the work week, and as I returned to the house, I spotted the turtle below, heading in the opposite direction. I raced back to the house, shouted for Irene to get outside, then rushed to the turtle again before it could vanish. (When turtles are of a mind to, they can move quite quickly.) By the time I returned to the turtle, no more than a minute or so later, he'd moved along maybe five feet. 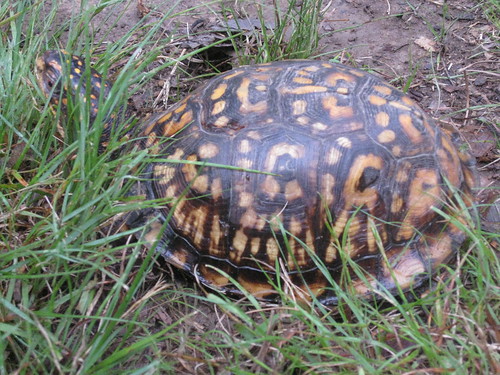 The one from May 28 had been around 50 feet northeast of our house. This one was perhaps 100 feet south and slightly west of the house.

Wonder if they've ever met?

Here it is, about to continue on its way. What a beautiful shell! 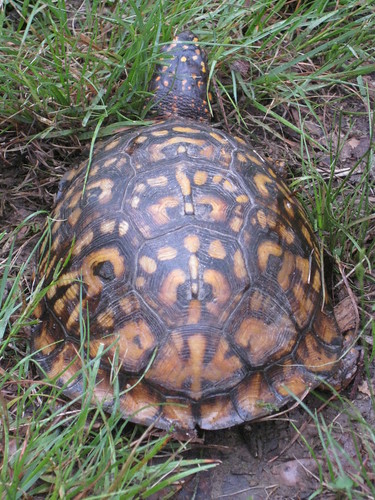 Irene, by the way, is now two ahead of me as far as turtle-spotting goes this season, because she saw a water turtle along the road when she was out earlier the same day. So the current tally is—Irene 5, Scott 3.

If I'm ever going to even that score, I can see I'm going to have to make a few more solo outings!
Collapse